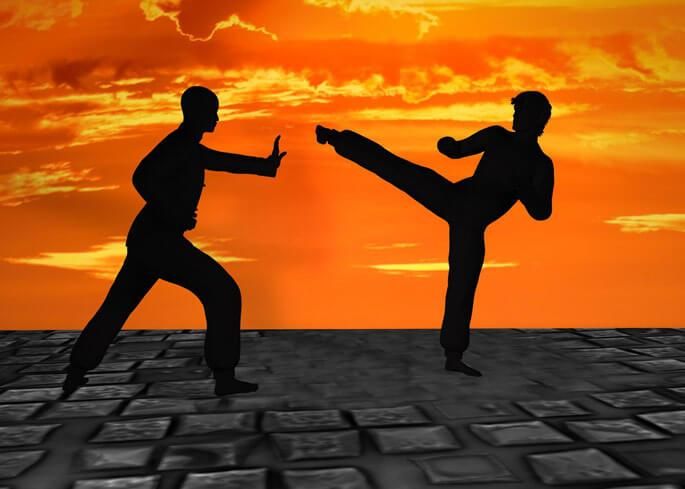 There are several reasons that people seek out training in martial arts. Some seek greater mental discipline; others pursue mastery of skills that would keep them protected in a life-threatening situation. Self-defensive combat and even competitive prowess are both well ingrained into our nature as evolved life-forms. Still, another reason that one might choose to begin training in martial arts is the health and fitness benefits. In terms of practical application, studying martial art is about as effective as any exercise could be.

Indeed, even without the added benefit of real-life defense training, martial arts are as suited for weight loss and physical fitness as any other form of workout. They may prove better if a regiment is followed diligently. The reason is simple. Martial Arts combine nearly all effective types of activity, including strength training, cardiovascular endurance, agility, and flexibility, into one umbrella philosophy.

Muay Thai, also known as Thai Boxing, is a combat system developed in Thailand most notable for its heavy emphasis on stand-up strikes and clinching. Muay Thai is known as the “art of eight limbs” due to its use of strikes involving the fists, elbows, knees, and shins. The training in the art consists of conditioning these parts to make a contact fighter incredibly efficient. Muay Thai first rose to international prominence in the twentieth century, when practitioners began to best very notable champions of other martial arts.

Muay Thai is known for its brutal, unforgiving, and direct attacks. Unlike other martial arts, not much here will be based on flashy or performance-based techniques. Training for Muay Thai centers primarily around effective and economical movement of several joints, most notably the knees. Workouts prove to be very rigorous, with sparring being even more trying. Although incredibly uncommon, some gyms may permit you to study without sparring. Though less effective for self-defense than other martial arts due to its lack of emphasis on ground techniques, Muay Thai is a killer workout, making it one of the best martial arts for fitness.

Brazilian Jiu-Jitsu, or more simply referred to as BJJ, is a combat style that greatly emphasizes grappling and ground fighting. Based initially on Kodokan Judo ground fighting fundamentals, Brazilian Jiu-Jitsu eventually came into its own as a combat sport through good old-fashioned trial and error, and the results are immediately apparent. Designed under the premise that a smaller person should neutralize a larger, bulkier threat effectively, Brazilian Jiu-Jitsu is almost unsurpassed in dealing with a single assailant. With such a claim, it’s not hard to imagine that the physical strain from practicing would make it one of the best martial arts workouts.

Brazilian Jiu-Jitsu is physically demanding to say the least. It blends aerobic and anaerobic exercise so that it seems impossible or at least incredibly difficult to replicate, making it one of the best martial arts for fitness. It is often emphasized that the only real way to train for BJJ is to practice BJJ. It should not be taken lightly, however. This martial art focuses mainly on ground combat, particularly by putting an opponent in a compromising position through holds and joint manipulation; even accidental injury is common. 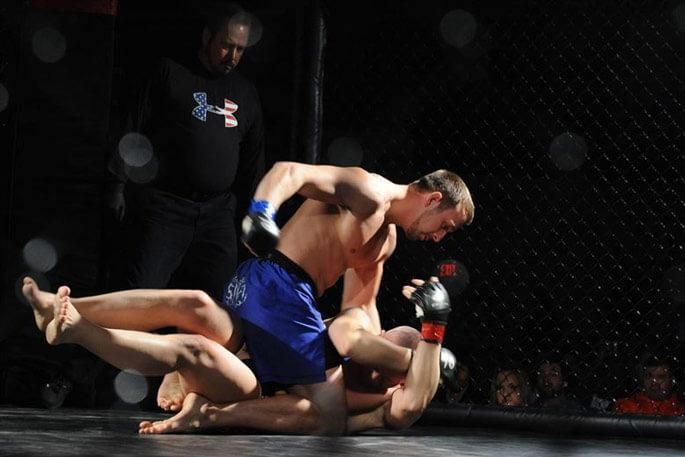 Mixed Martial Arts, called MMA by more familiar fans and practitioners, is exactly what it sounds like: a compelling mix of techniques sourced from various martial arts. The very foundation of this style is subject to debate, as the first documented use of the term was found in a review of UFC 1 published in 1993. Though originally conceived as a contest to determine the single most effective martial art by pitting various practitioners against one another in a contest with relatively few rules, MMA evolved into a cohesive style of its own as combatants began to incorporate several martial arts into their style.

Because of its ideal to combine the most effective techniques from all styles, it should be obvious why MMA would be one of the best martial arts for fitness. Training is very demanding, as it requires a commitment to an incredible amount of positions with emphasis on strength and agility. Besides being one of the best martial arts workouts, MMA can’t be beaten in real-life application.

Like BJJ, wrestling takes place primarily on the ground. It features powerful takedowns as well as a strict emphasis on upper body control. Also, like BJJ, you won’t find any strikes here. This martial art focuses entirely upon the control of the opponent. However, if this seems worrisome in a self-defense scenario, it shouldn’t. Once your opponent is on the ground, strikes become a moot point.

Wrestling outdoes Brazilian Jiu-Jitsu only slightly in terms of pure weight loss due to its emphatic focus on endurance rather than grace.

If you’re not looking for a demanding physical strain, or if you’re looking for an extended warm-up before you do, Tai Chi is the way to go. Its focus on balance and gentle strengthening of the muscles is a great way for newcomers to dip their toes in the water.

If you’re ready to take your workout to the next level by adopting martial art, be sure to do all the research you can.