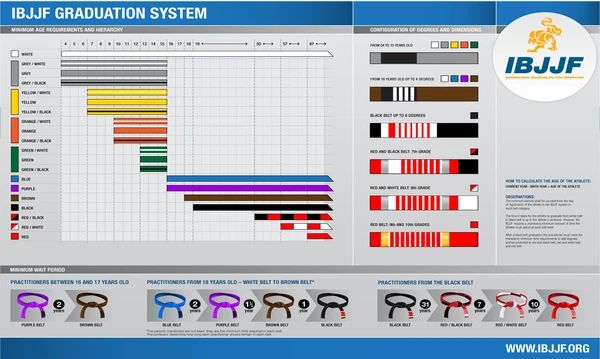 There is a belt system in Brazilian Jiu-Jitsu.

For children under 15, there are only five belts: white, gray, yellow, orange, green.

For those aged 15 and over, the belt system in Brazilian Jiu-Jitsu is as follows: white, blue, purple (often called purple), brown, black, black-red (sometimes said coral), red-white and red.

Let’s go over the requirements for each of the adult belts in more detail.

Assigned to all beginners who first step on the mat. As a rule, the coach instructs the white belts to concentrate on practicing defensive techniques and different escapes from submissions and chokeholds. On average, students wear a white belt for 1-2 years.

The transformation from a complete beginner to an already understanding and capable jiu-jitsu practitioner. At this stage, students are already familiar with the main set of basic techniques; they sharpen them to the automatism and start learning more advanced ones. IBJJF (the International Federation of Brazilian Jiu-Jitsu) recommends the coaches refrain from giving the student the next belt until they have “walked in blue” for about two years.

Usually, at this stage, the student begins to pose a real danger on the mat. Essentially (although this is purely a theory), a purple belt already has enough knowledge even to submit a black belt. IBJJF recommends not to give the next Jiu-Jitsu belt until the student has been a purple for about 1.5 years. It is worth mentioning that this is the lowest belt that a Brazilian Jiu-Jitsu instructor can have.

A transitional step from purple to the pinnacle of Jiu-Jitsu, the black belt. Many Jiu masters and professors say that, in fact, the difference between a black belt and a brown belt is only time. The time spent on making the techniques and variations learned and the speed of their execution automatic.

The highest belt in Brazilian Jiu-Jitsu, proving a truly expert level of mastery of various techniques. Instructors who wear the black belt are commonly referred to as “Professor.” IBJJF recommends being a brown belt before receiving a black belt for at least a year.

A black belt that has reached 7th dan (7 stripes) automatically “turns” into a coral belt. The average period of wearing a black belt before receiving a coral belt, according to the IBJJF recommendation, should be 31 years (!!!).

Introduced relatively recently somehow to mark the transition from seventh dan to eighth. If a black belt in the seventh degree (i.e., already coral) reaches the 8th dan, he gets a red and white belt. According to the International Federation of Brazilian Jiu-Jitsu rules, before receiving a red and white belt, a jiu-jitsu practitioner must carry a coral belt for at least 7 years.

A black belt becomes a red belt in the ninth degree. This is currently the highest rank in the Brazilian Jiu-Jitsu belt system. Such a belt was given either to the founders of the sport or to the people who made a truly great contribution to the development and spread of BJJ. Totally there are 15 such belts in history.

But this belt is impossible to get for average mortals. Red belts in Brazilian Jiu-Jitsu were worn only by pioneers and founders of the sport. There were five of them: Carlos Gracie, Gastão Gracie, George Gracie, Helio Gracie, Osvaldo Gracie. 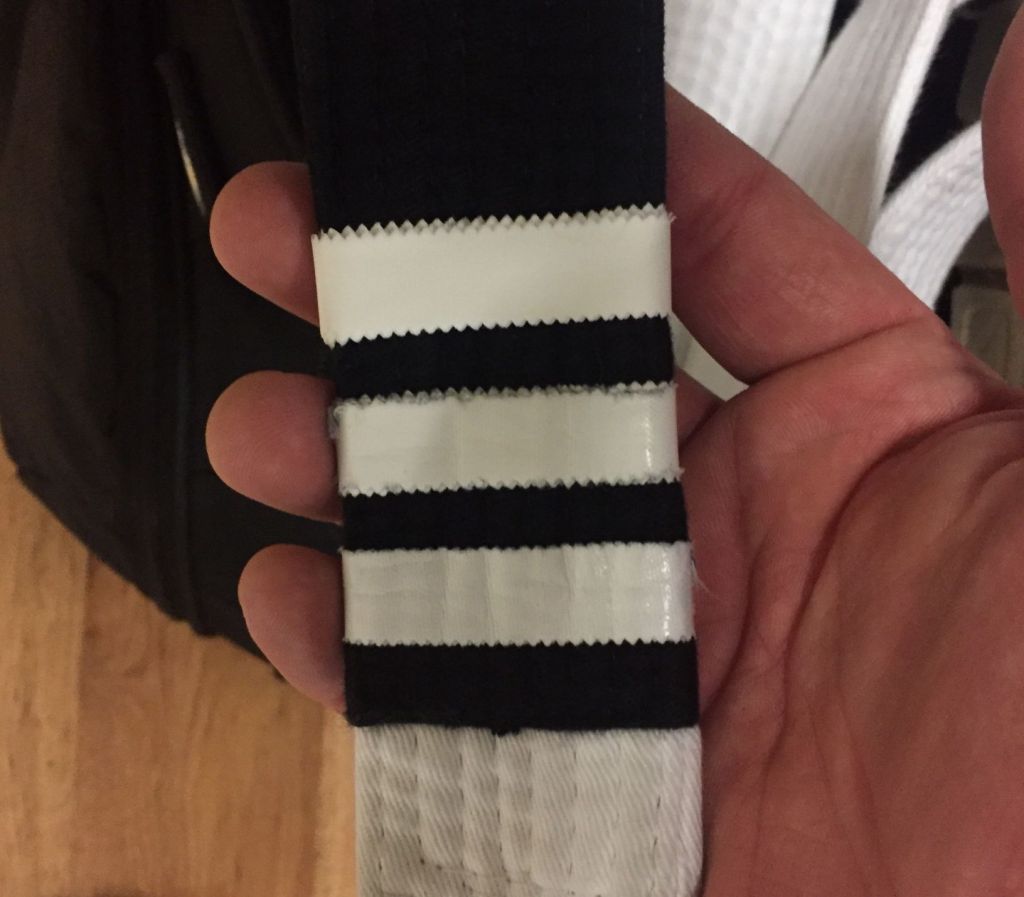 Many schools and academies of Brazilian Jiu-Jitsu also use a stripe system in addition to the belt system, encouraging their students to develop. They are taped with ordinary tape, the same kind you wrap your fingers within training. In essence, a belt that scores 4 stripes is already on the threshold of a new belt certification. Getting the next one is the next step. It is worth mentioning that the presence of stripes in one competitor does not mean that his skills are higher than those of a practitioner without stripes. Stripes in Brazilian Jiu-Jitsu are rather a purely motivational aspect, and coaches give them at their discretion. Some martial arts schools do not use this system at all.

But dans, which are glued like stripes, are a more serious thing, and motivation is not the only thing here. 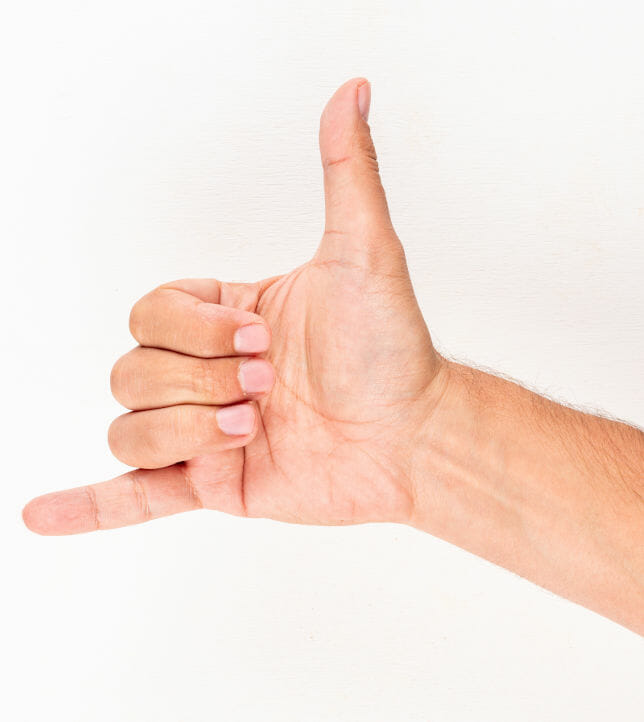 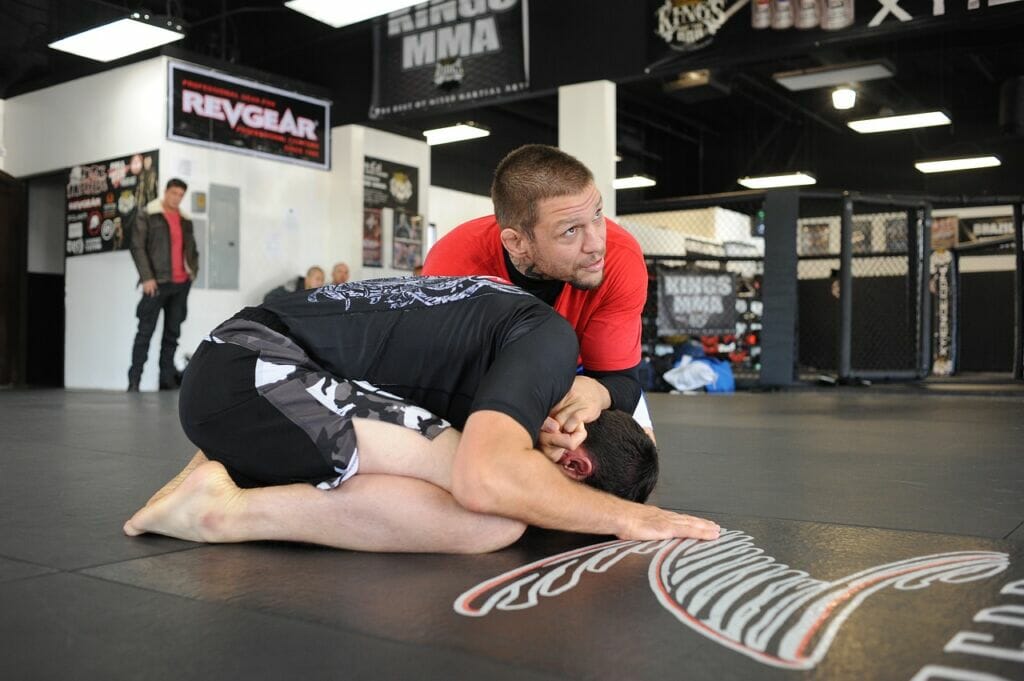